“Ultimately, we aren’t approaching this as “tradition meets tradition,” but rather as musicians meeting, having a musical conversation, an exploration, and in the moment just dealing with the sound, rather than saying “Where did this come from” or “What tradition does this belong to?”
‍
‍— Amir ElSaffar, composer

India Center Foundation, Producing Partner
Lincoln Center for the Performing Arts, Commissioning Partner
WNET All Arts, Media Partner
Raga Maqam is made possible by the New York State Council on the Arts with the support of Governor Andrew M. Cuomo and the New York State Legislature. This program is supported, in part, by public funds from the New York City Department of Cultural Affairs, in partnership with the City Council.

Raga Maqam—a collaboration between BrooklynRaga Massive, The India Center Foundation, andLincoln Center—explores the shared threads ofIndian ragas and Iraqi maqam, the venerable tradition of structured-improvisatory composition. Featuring new work composed by Iraqi American multi-instrumentalist and vocalist Amir ElSaffar in conjunction with members of Brooklyn Raga Massive and maqam virtuosos from NYC and beyond, Raga Maqam imbues fresh life to their unique conversation between these ancient styles. Raga Maqam’s 15-performer ensemble unites a combo of virtuosic artists hailing from America, India, Iraq, Iran, Palestine, and Jordan with instrumentation just as eclectic as its musicians, featuring champions of the santur, oud, violin, sitar, bansuri, kamancheh, tabla and more.
‍
Maqam is the modal system (musical scales with specific characteristic behaviors) of the Middle East, North Africa, and Central Asia, and is considered to be the counterpart to the South Asian Raga. Much like in raga, maqam music features improvisation within a structured set of parameters. Over the centuries, these systems have developed separately, each with distinct rules, musical syntaxes, and stylistic properties. At their core, both traditions draw from the same essence with historic evidence of cross pollination between the two. Raga Maqam draws inspiration from these shared commonalities and the vibrant musical histories of the ensemble members to create a modern, only-in-New York, evolution of these sister styles. 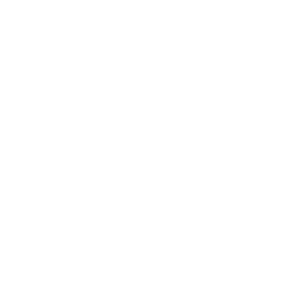 Thank you! Your submission has been received!
Oops! Something went wrong while submitting the form

View our other ensembles

The world-class musicians who make up the BRM “massive” compose and perform raga-inspired music in 11+ different ensembles. Our ensemble concerts display our commitment to artistic excellence and extraordinary musicianship.
Back to ensembles page